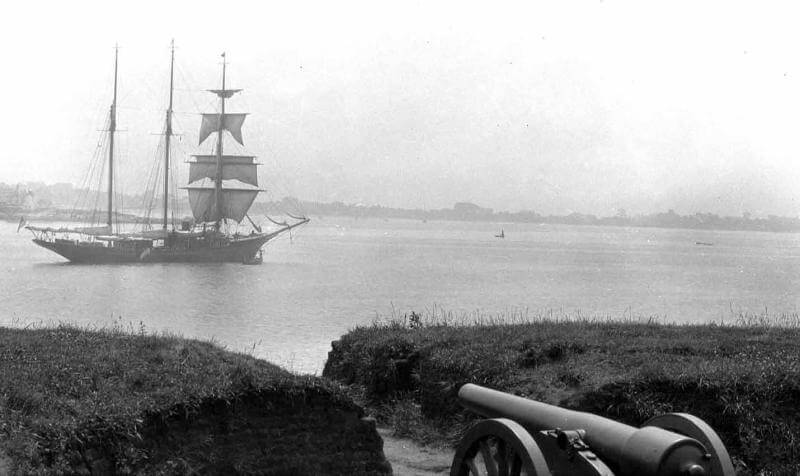 In 1623, 14 English fishermen set up the first European colony on Cape Ann here in what was then Fishermen’s Field and is now Stage Fort Park. These ramparts overlook the harbor, first built during the Revolutionary War, renewed for the War of 1812, and then the Civil War.

“But the live performance – the spontaneity, the reaction to each other, the act of being human beings with each other. I think the social act of being a human being is the most important thing, to me, why we’re on this earth –”

How the Park was Named 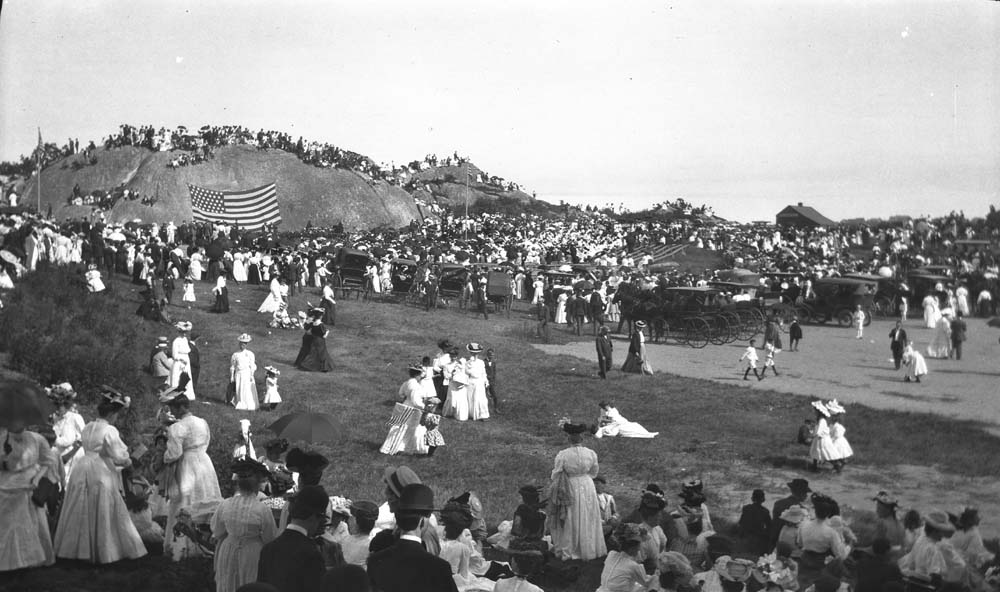 Stage Fort Park — ‘Stage’ to commemorate the wooden sheds and platforms where those first settlers cleaned and sun-dried their freshly caught cod, and ‘Fort’ to memorialize the fortress overlooking the city that was first built during the Revolutionary War and renewed for the War of 1812 and then the Civil War.

Alas, those first settlers, sent across the ocean by the Dorchester Company, were unable to live off the sea and these rock-bound fields. They moved a few miles south to what is now Salem in 1626. Then, within a decade, there were enough permanent settlers on Cape Ann to incorporate the town of Gloucester. The first meetinghouse was built on the Town Green in 1642 near what is now the Grant Circle rotary of Route 128. The City set this land aside as a public park in 1898 and its Tablet Rock was dedicated by Henry Cabot Lodge in 1907.  James R. Pringle was designated to write the inscription for the bronze plaque. The execution of the design was by Eric Pape. “The nautical scheme of decorative framework and embellishment was the composite suggestion” of various committees dating as far back as the 1880s.

Herb Pomeroy, superb jazz trumpeter and educator, grew up in Gloucester. He played often in the City and Stage Fort Park.

He said, “I’ve never heard a recording – never’s an awful strong word but I never can recall it – that was as glorious as a live performance: a good live performance. I don’t believe in recorded music. I don’t believe in the act of recording music. I believe that music is so precious that it should only be heard by the musicians who’ve given their life to play it, and the listeners that would drive 200 miles through snow to listen to it. Like it used to be maybe pre-radio days, early radio days, where people would drive all over the place to hear a symphony concert.

Music is still a vibrant part of Gloucester, live music is happening just about every night at various venues around town that offer many tastes and styles. You never know who you will find playing, as guest artists are often known to “join in” on a few songs. In the summers at Stage Fort Park free concerts are happening and in 2019, radio station 92.5 The River is hosting their “Riverfest” at the park, A free concert with contemporary popular artists. Visit www.discovergloucester.com for info on Stage Fort Park concerts.

The descriptions recited here describe a world of resources so rich that we are in awe. Text by David Rhinelander and Lise Breen. Vintage postcards courtesy David Cox. Narration by Marie Demick. Music C. King. Excerpts from The Rev. Francis Higginson in New-England’s Plantation. or, A Short and True Description of New England. Its Commodities and Discommodities of that Country.

Higginson (aka Higgeson) was the first minister of Naumkeag (soon to be Salem). He wrote a description of his observations published in 1630.

Samuel de Champlain was a French colonist, navigator, cartographer, draftsman, soldier, explorer, geographer, ethnologist, diplomat, and chronicler. He made between 21 and 29 trips across the Atlantic Ocean, and founded New France and Quebec City, on July 3, 1608. An important figure in Canadian history, Champlain created the first accurate coastal map during his explorations, and founded various colonial settlements.

Champlain explored the Massachusetts coast in search of a location to build a settlement that might be even better than the existing French base of Port Royal, that was established in the spring of 1605 in Nova Scotia.

Champlain’s pinnace sailed into what later became known as Gloucester Harbor in September, 1606. The party stayed in the port for a few days, and found the location to be physically most agreeable for a potential settlement. However, they soon found the disposition of the indigenous peoples to be remarkably hostile, a problem that would ultimately drive the Frenchman away from the region all together.

The harbour dominates the centre of the map, which is protected by a long narrow peninsula. Champlain’s ship is shown anchored in the middle of the bay, at the head of a trail of depth soundings that lead to the mouth of the bay, where the map is adorned with an elegant compass rose. Numerous finely engraved fish decorate the scene, and the forested countryside is shown to be densely populated with native villages. A detailed legend is printed beneath that explains the various details marked by letters on the map. Perhaps the most curious aspect of the composition is the figure of an agitated man marked with the symbol ‘V’, to which the key explains, in translation, that this is an impression of Champlain himself “throwing his limbs about,” as if to warn his comrades of the dangers posed by the natives.

Below is a highly important map by Samuel de Champlain, one of a series of the very first printed sea charts of North America 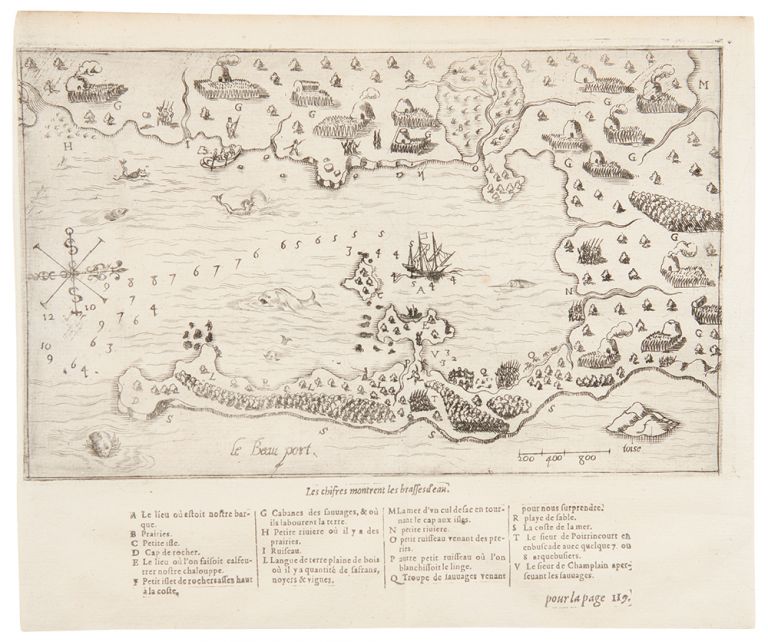 Other great articles on Samuel Champlain:

Champlain was here— By Ted Widmer, Boston.com, March 9, 2008
America’s founding myth tells of the Puritans landing in wild, uncharted lands. Yet a French explorer had already mapped the territory in exquisite detail.

The Gran Prix of Gloucester

Two days of international calibre races where competitors from all over the US, Canada & Europe converge to race on the most beautiful race course in North America. For more info on cyclocross and the Grand Prix event visit their website.

Gloucester is a great place to walk. This map is designed to show how long it takes to walk to and from special locations in 3-12 minute long sements thoughout the city.