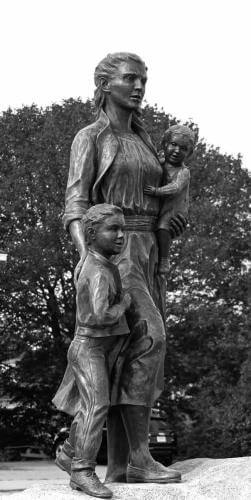 Uh, Em? We got a lot of trouble out here. We’re sinking. We got the coast guard and another boat along side of us. We’re trying to get some pumps aboard. I’ll call you later.”

Sinking? I think, oh for God’s sake, I suppose you’ll have to come in then, huh? It’s always something, if not sinking then: Uh Em? We rim-racked the net, or a hose let go, the winch seized up, the power take off jammed, we lost a door, we lost the net, the LORAN went down, it’s breezin’ up pretty bad, we’re headed straight into some weather— waves coming over the bow, we skunked out, or caught our cod fish limit.”

“Protecting the Oceans That God Has Created.”

A narrative quilt created in 1998 by the members of the Gloucester Fishermen’s Wives Association (GFWA) tells the story of their struggles against factory trawlers, fish farming, oil drilling, and other threats to the oceans. It honors the history and faith of the fishing industry and celebrates its future. The quilt was created in conjunction with nationally known quilt maker, Clara Wainwright. 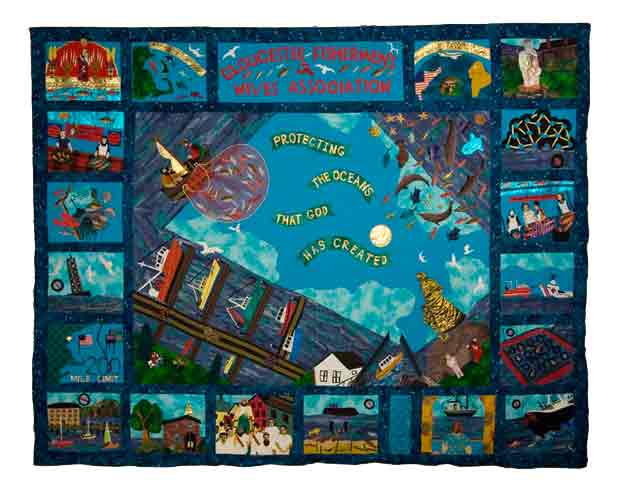 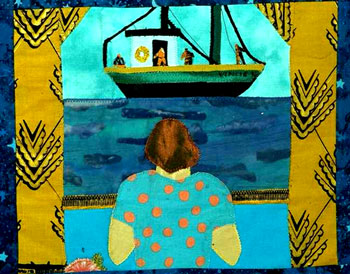 Read More about the quilt by the Gloucester Fishermen’s Wives Association here.

The Gloucester Fishermen’s Wives Memorial was sculpted by American artist, Morgan Faulds Pike, and was commissioned by the Fishermen’s Wives Association and dedicated in 2001 after 8 years of planning. The bronze sculpture is eight feet high on its granite base. 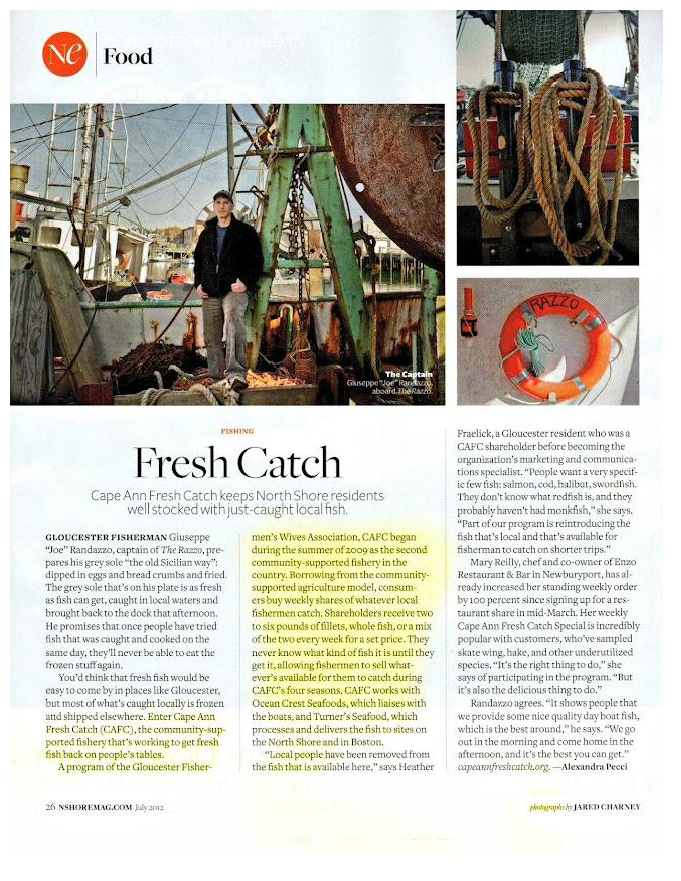