'Salt', the grand lady of Stellwagen Bank returned for her 43rd straight year in 2018 with her 14th recorded calf, the most ever recorded from a single female humpback whale. The first whale to be given a name, she is one of the first known grandmothers and is now one of seven known great-grandmothers and is considered one of the most sighted, and loved, whales in the world.

Gloucester is the whale watch capital of America. Located closest to the Stellwagen Bank National Marine Sanctuary, the whale watch expeditions report over seven species of the great whales over 30 feet in length. See the skeleton of a humpback whale at the Whale Research Center of New England on Harbor Loop.

About Salt, The Whale

Salt is considered by many to be the Grand Old Lady of the North Atlantic. She is one of the most graceful and majestic of the humpback whales that visit Stellwagen Bank and may be one the most famous humpback whales in the world.

If you want to see Salt, try the very beginning of the season; she is usually one of the first whales to arrive on Stellwagen Bank! 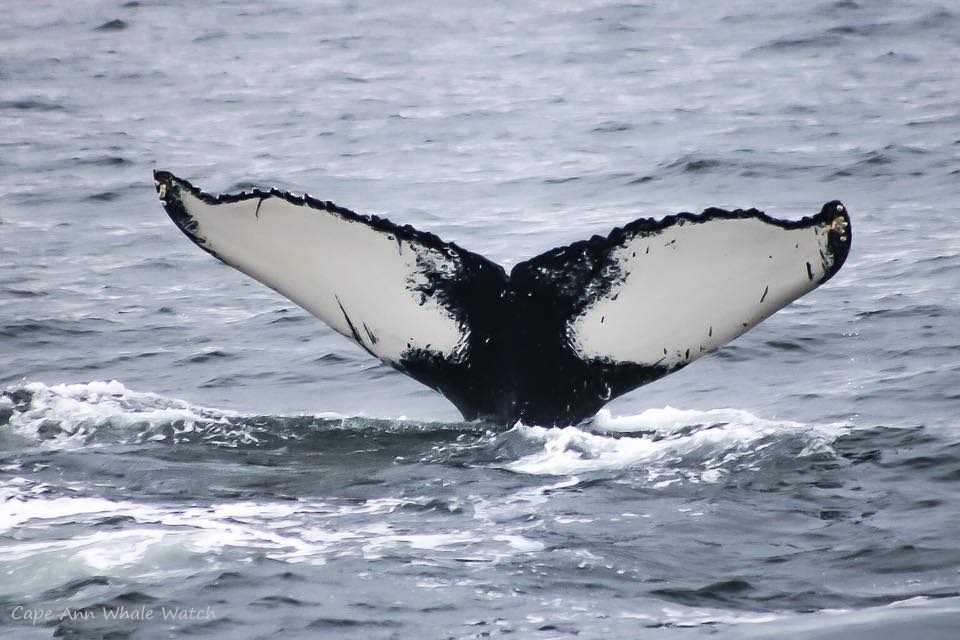 INSPIRING THE NEXT GENERATION OF OCEAN ADVOCATES

The Whalemobile is a traveling educational program to inspire and educate elementary age students about our oceans, plant, marine life, particularly whales. What started as a love for whales, when Cynde McInnis was a child, has led to a deep desire to protect our planet. By bringing Nile, a 43-foot inflatable humpback whale into your school and taking your students inside her, Cynde hopes to share this passion and inspire the next generation of ocean advocates.

“The Quest for the Great Sperm Whale,” 1991, documentary by Dr. Robbins Barstow

The following are the local whale watching companies in the area.
Most offer daily Whale Watching Trips from April through October.