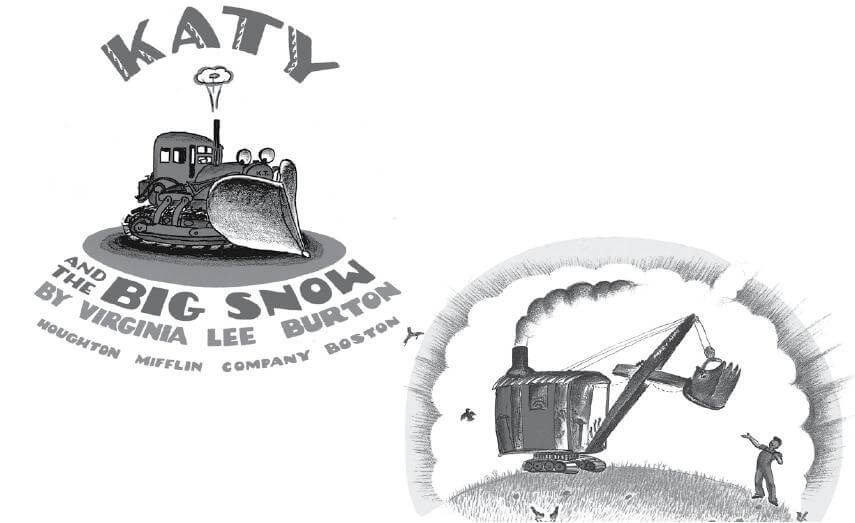 “Katy,” Burton said, “was the pride and joy of the Geoppolis Highway Department,” and her Geoppolis is modeled after central Gloucester, where Burton also created the beloved “Mary Ann” for Mike Mulligan and his Steam Shovel. In 1943, Burton won the Caldecott Medal for her book, The Little House.

Burton lived near Folly Cove and was married to the sculptor George Demetrios. They were part of an arts community that included nationally recognized artists such as Walker Hancock, Paul Manship, and Leon Kroll. Cape Ann Museum holds the world’s largest collection of Burton’s work, including the beautiful block-print fabrics from Folly Cove Designers. 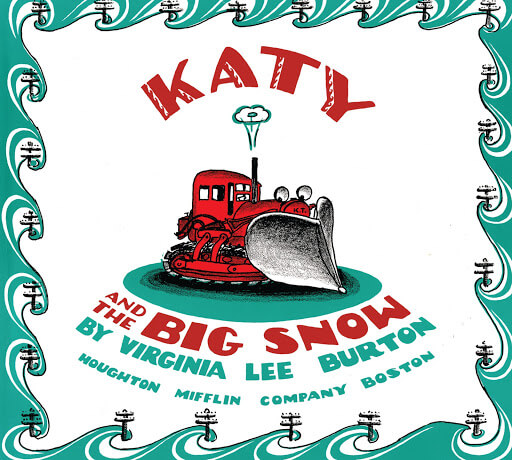 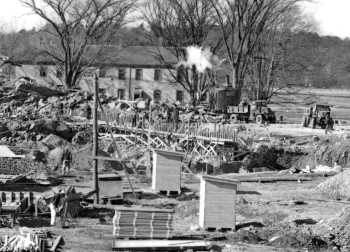 The Gloucester Public High School was a Public Works Project during the WPA; the digger used to build the foundation was the model for Mary Anne in Virginia Lee Burton’s children’s book classic, Mike Mulligan and the Steam Shovel. The high school’s New Balance Track and Field at Newell Stadium is the same open landscape featured in an Edward Hopper painting at the Museum of Fine Arts, Boston.

The Gloucester Public School District is composed of 1 high school, 1 middle school, 5 elementary schools, and 1 preschool and serves more than 3,076 students. The GPS mission is for all students to be successful, engaged, life-long learners. Students benefit from regular exploration of rich artistic, cultural and historical opportunities. The schools collaborate with many of the contributors to the HarborWalk and participate in a city wide children’s arts festival each May. 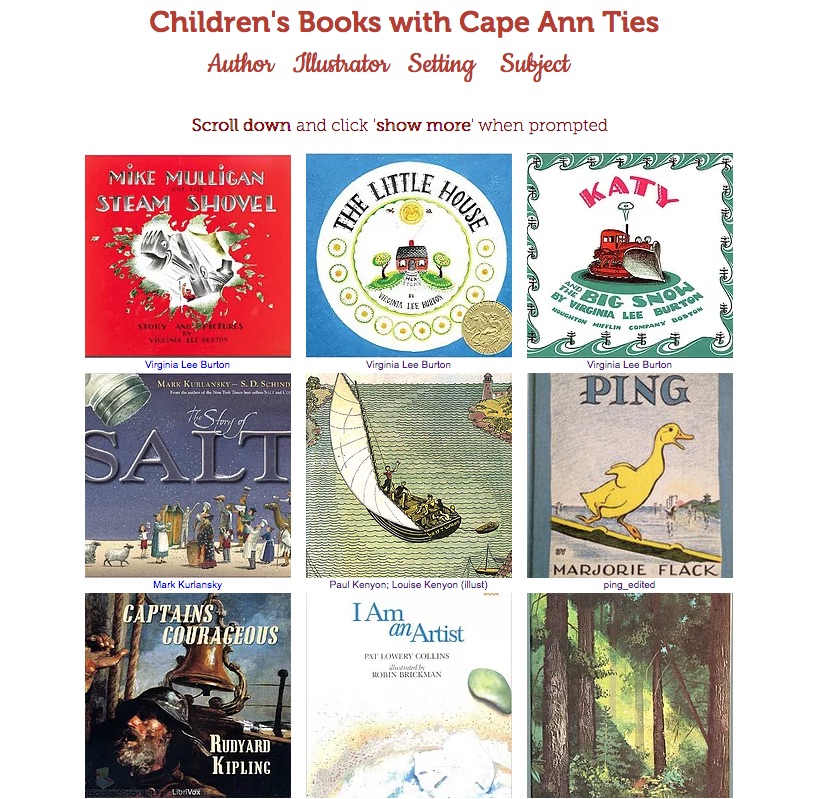 Caldecott Speech to print out (PDF) 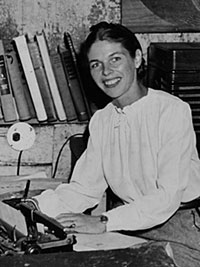 In 1943, Virginia Lee Burton was the recipient of the Caldecott Medal for her book The Little House.

Below is the PDF of her acceptance papers titled, “Making Pictures”. She talks about how she goes about writing children’s books, illustrating them and where her ideas come from. Her illustrations for Song of Robin Hood (1948) placed this book on the Caldecott Honor list.