The first sightings of the Gloucester Sea Serpent date from 1638. In 1817 hundreds more sightings were reported of the 40-foot, or 70-foot or even 100-foot creature. The New England Linnean Society of Boston commissioned a local Justice of the Peace to record the testimony of the witnesses and collect evidence. Newspapers had a field day with reports of the chocolate colored creature circling boats and sunning itself on the beach of Ten Pound Island. Sightings were again reported in 1884 and most recently, in 1975.

“A Sea-Serpent or Snake, that lay quoiled up like a Cable upon a Rock at Cape-Ann” wrote Josselyn in An Account of Two Voyages to New England Made During the Years 1638–1663. Go to Cape Ann Museum Archives for further sightings of your own.

Color Me In! Activity sheet

Color Me In! Activity Sheet 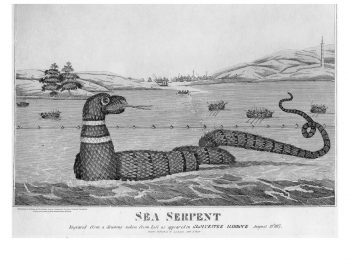 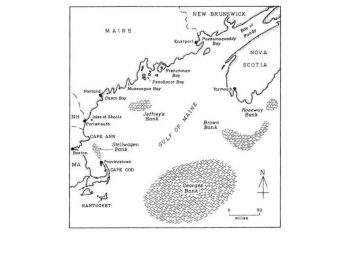