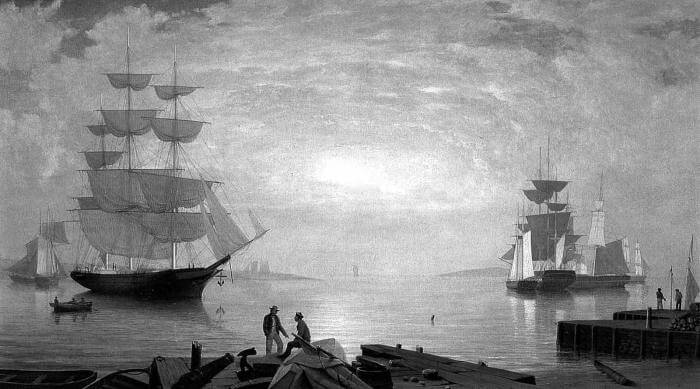 ``The farther Lane gets out to sea the more at home he seems to be…. His ships in a squall, his sketches of Cape Ann sea-side scenery, and all his salt water and boating scenes are unequalled in their fidelity to the ocean’s varying aspects.``

– 1850 review from the Boston Transcript

Lane is one of the finest nineteenth-century luminist painters. He grew up along this waterfront, his father a sail maker. Lane designed his signature granite house in 1847. He sketched from the windows, was rowed into the harbor by friends, and at least once, was hoisted up a masthead to gain perspective. Cape Ann Museum holds the world’s largest collection of Lanes’ paintings and letters. 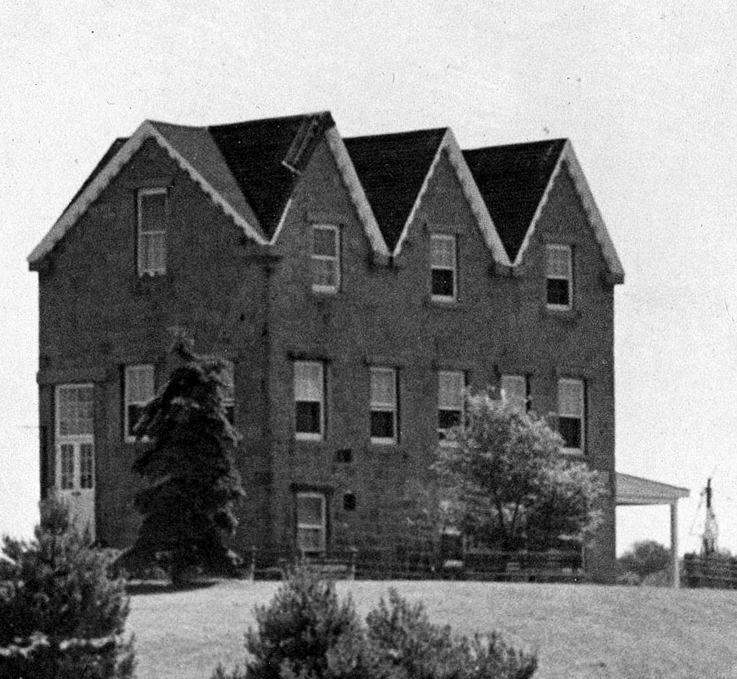 Fitz Henry Lane (1804-1865) designed this house in 1847 after a successful lithography career in Boston. His studio was on the top floor, high enough for sweeping panorama and optimum observation for his world famous Gloucester veduta painting. The studio was open to the public and local media covered his completion progress and updates on individual works much as newspapers of the day presented installments of serialized novels. Lane was active in the community, such as serving as Director of the Lyceum, and his work generated enthusiastic praise at home and far. This ardent attention was one catalyst for successive waves of artists– and art aficionados– making pilgrimage or relocation to Cape Ann.

The house, now owned by the city, was saved from destruction during the 1960s when the rest of neighborhood was cleared under urban renewal. It was listed on the National Register of Historic Places in 1970. Currently it serves as office space for the City’s youth sailing program and offices for the Schooner Adventure. You can visit the home and area, visit the Essex National Heritage site for more info.

Cape Ann Museum’s groundbreaking online ‘Catalogue Raisonne’ devoted to Fitz Henry Lane opened February 2016.  This online resource is comprised of several components including: a catalog of Lane’s paintings, drawings and lithographs; an extensive database of historical information, images and materials related to the subjects within Lane’s pictures; new scholarly essays; and a bibliography and archive of publications.

The rich historical material is connected to the relevant paintings through easily clickable links. The 319 works currently on the site include all known Lane pictures in public collections. The Cape Ann Museum hopes that this website will function as a central repository for information about Lane and a key resource for anyone (student, scholar, or museum visitor) interested in nineteenth-century American art or history. 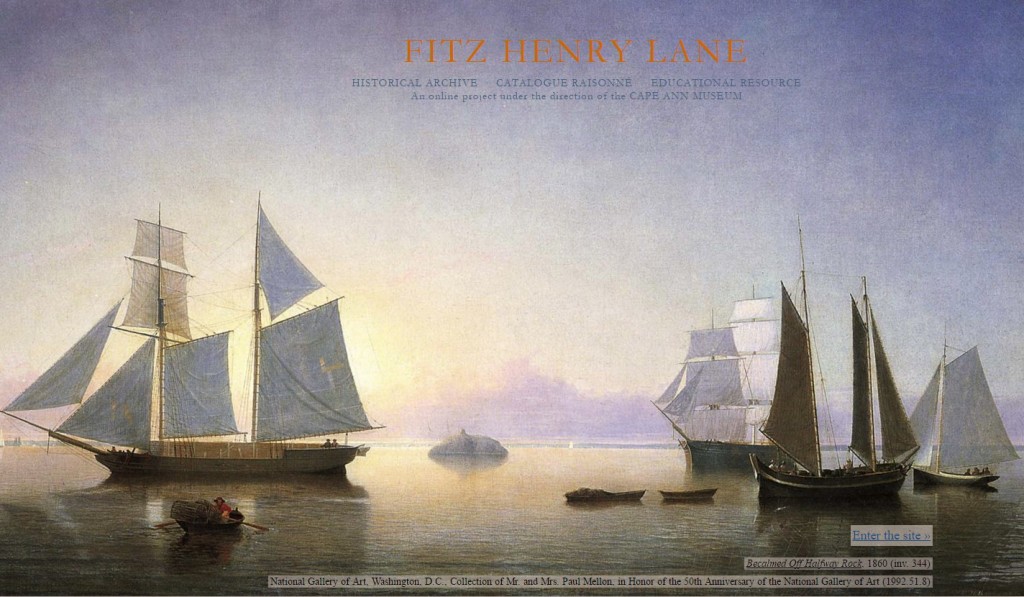 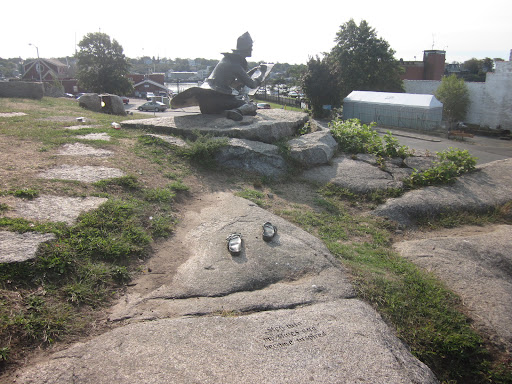 The sculpture of an artist at work and inspired by the sea has become emblematic– a memorial tribute to hundreds of Gloucester artists who have worked here. A gift to the people of Gloucester, this larger than life bronze statue by 20th C. Gloucester artist, Alfred Duca, honors Gloucester’s renowned 19th C. artist, Fitz Henry Lane. Duca presented a model to the City of Gloucester in December 1996. The work itself was cast posthumously and dedicated August 30, 1997, where it leans out on a promontory at the site of Lane’s historic house and grounds. Lane often looked out his top floor studio across the harbor for inspiration. Duca’s sandals were cast adding meaning, tribute, and another interactive element.
Al Duca was a nationally known artist, sculptor and Gloucester booster. He worked and resided primarily in Boston and Annisquam. His distinguished career included commissions such as the 5 ton Boston Tapestry for the lobby of the Prudential tower; inventing a forerunner of acrylic paints; and pioneering technical processes for sculpture. In the 1970s, the successful community-business-educational partnerships for youth that were patterned after Duca’s Channel One model were replicated across the country. How fitting that children engage here!
Explore Story Posts