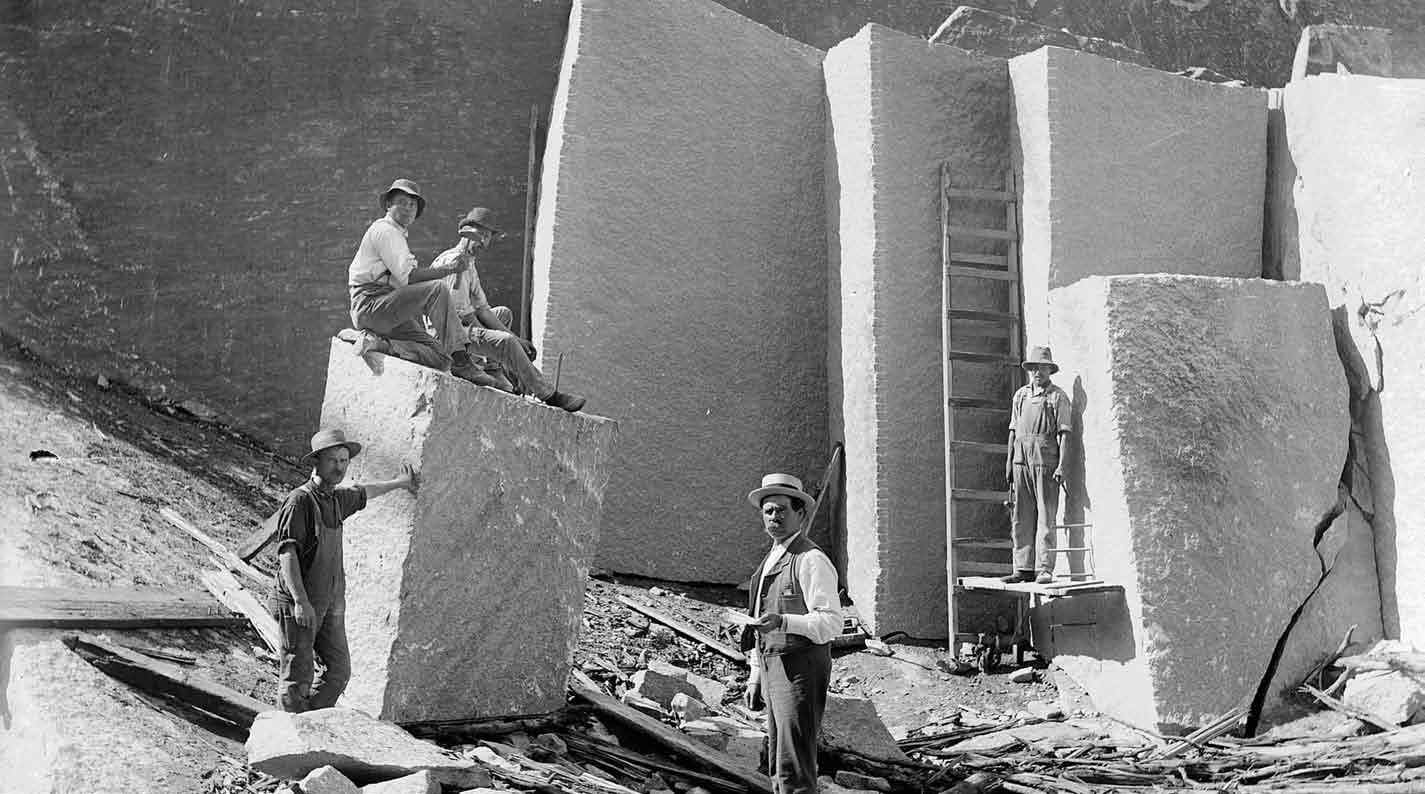 Cape Ann lies on an outcropping composed of 450 million-year-old granite polished by glaciers. This particularly dense stone was prized for building monuments, forts, and piers. Blocks of Cape Ann granite were used to build Gloucester’s Dale Avenue post office. In the 1800s, it was shipped as far as Cuba and Europe. The quarry business soon rivaled fishing and its work was considered just as dangerous

Glaciers deposited miles of terminal moraine boulders, to climb on or hike through such terrain,
visit Ravenswood, Dogtown, or the 12-ton cut slabs of the Dog Bar breakwater situated at the Eastern Point Lighthouse.

Cape Ann was formed in a great and lovely mishap. The black speckled white rock that covers, shapes and defines the cape, that even today stands immovable in backyards breaking up sidewalks, determining the paths of streets is an unusually dense and hard variety of granite. The density is characteristic of granite normally found deep in the earth. When the glaciers started moving south they carried with them rock churned up from below the surface. Off the coast of Massachusetts, the ice hit a crevice caused by a fault line and hung-up there, started to melt and deposited large amounts of rock.