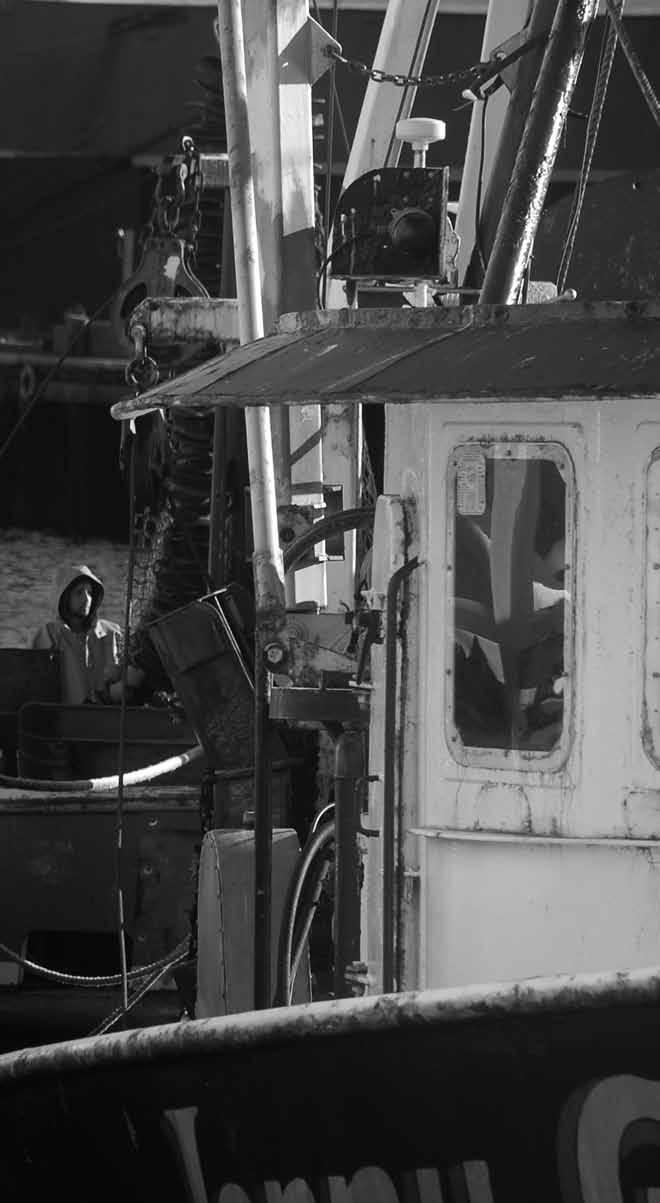 We sit in our offices, at our desks, in front of computers, buying and selling millions of dollars of fish. We’re not selling insurance. We’re not selling pork belly futures. We offer something very real, very tangible, and often, something for which another living breathing person has risked both life and limb to bring us….That fish, swimming yesterday, today is food. Nothing is more real than that—life giving itself so that we may live….In turn, let us be stewards of our oceans, rivers, lakes, and streams. By doing that, we honor those who came before us and those who will follow.

In 2010, Gloucester fishing vessels landed $56.6 million dollars of fresh ocean catch, primarily ground fish—bottom dwellers such as cod, haddock, pollock—and lobster. Today, most fish are sold from auction houses like the one here at Fisherman’s Wharf.

How to grade fish explained by Louie Linquata. Dated July 21, 2009.

In the future, live recordings like the one above, could help fishermen avoid areas where fish are spawning.
For a visual look at similar recordings, see: Spectrograms of a sequence of haddock spawning recorded in the laboratory

Stellwagen Bank is more commonly know to local fishermen as Middle Bank. It is located directly in the middle between Cape Ann and the tip of Cape Cod, hence the name, Middle Bank. It is a bank rich in many species of fish and is strangely enough shaped like a pork chop. The eastern edge slops off slowly like a beach would while the western edge drops off sharply.

Its western edge and Boston create a deep basin. Tide and water rich in nutrients from many of the rivers of eastern Massachusetts travel toward the bank and reaching it create an up welling at the western edge of Stellwagen Bank. Many species of fish and large numbers of whales feed there all summer.

Gloucester is known as the whale watch capital of America. On the whales’ migration north during the summer they stop at Stellwagen Bank and Jefferies Ledge located just east and north off Gloucester. One of them shows the similarity of the shape of the bank and the shape of the vertical part of the arm that makes up Cape Cod.”

Since 2011 and still running today, the National Geographic channel has featured local Gloucester fishermen on the reality tv series, Wicked Tuna. The show follows the rod and reel fishermen as they fish for Atlantic Bluefin Tuna. One ‘bluefin’ can bring in as much as $20,000.