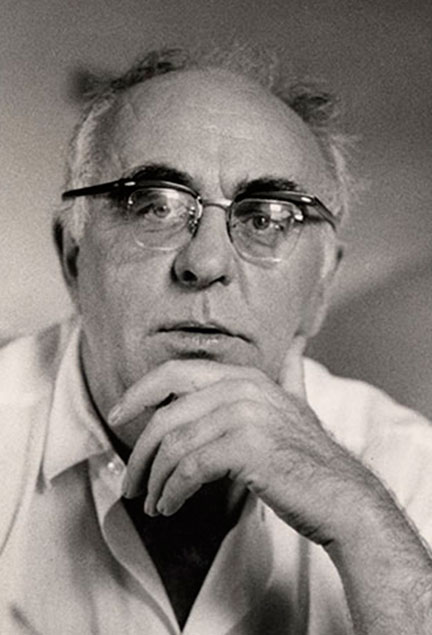 It's the light (like she sd sic). Or that the sky is full of noise and variable, the harbor is big enough to be the size of the sky, the nights are not dead of sleep Birdseye is going all night they are taking out pogeys (actually black backs and shad) at the Fish Pier draggers are putting out any hour trying to get a load of trash in the Bay or to the westward. Sam sd yesterday they are trying to force fishing to stay alive here ... The future, Ferrini. Tourists, I hear the fishermen bellyache. Or just one big marina--for what lawyer Burke called in the City Council meeting this week the outboard motor cowboys. She is still a place to go fishing from. She is still le beauport. She is a form of mind.

Charles Olson (1910-1970) was an American modernist poet, scholar and Black Mountain College professor. Olson spent boyhood summers in Gloucester, returning in 1957 to continue to write his epic Maximus poems. The City was his muse. Walk past the Cape Ann Chamber of Commerce towards Cape Pond Ice and the scenic Gemmellaro Ciaramitaro playground to 28 Fort Square to see Olson’s home. Artist Gerard Malanga, (artist, poet and Andy Warhol Factory collaborator), in one of his earliest portraits, depicted Olson by the stairs of this home.

Charles Olson and Persistence of Place

by Henry Ferrini and Ken Riaf.

Excerpt from Polis: Charles Olson and Persistence of Place by Henry Ferrini and Ken Riaf.