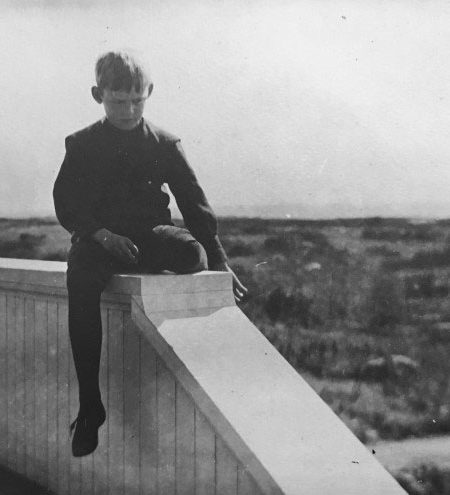 The river is within us, the sea is all about us;
The sea is the land’s edge also, the granite
Into which it reaches, the beaches where it tosses
Its hints of earlier and other creation:
The starfish, the horseshoe crab, the whale’s backbone;
The pools where it offers to our curiosity
The more delicate algae and the sea anemone.
It tosses up our losses, the torn seine,
The shattered lobsterpot, the broken oar
And the gear of foreign dead men.
The sea has many voices,
Many gods and many voices.
The salt is on the briar rose,
The fog is in the fir trees.

Growing up, T.S. Eliot summered on Eastern Point for some 20 years. Eliot learned to sail a cat boat here and navigate the difficult coast, handling “a sheet with the best in Gloucester.” Enamored by the language of mariners and their tales, he evoked the coast of Cape Ann in his best work, Four Quartets, which was awarded the 1948 Nobel Prize in literature.

A Poem: “Death By Water”

T.S. Eliot (1888-1965) wrote The Wasteland in 1922. Eliot is widely considered one of the twentieth century’s major poets. Below is a portion of an excised draft “Death By Water” in The Wasteland that draws on Cape Ann:

We beat around the cape and laid our course

From the Dry Salvages to the eastern banks.

A porpoise snored upon the phosphorescent swell,

Astern, and the sea rolled, asleep.

And through the forenoon watch, the wind declined;

There after everything went wrong.

Eliot As A Boy on Eastern Point 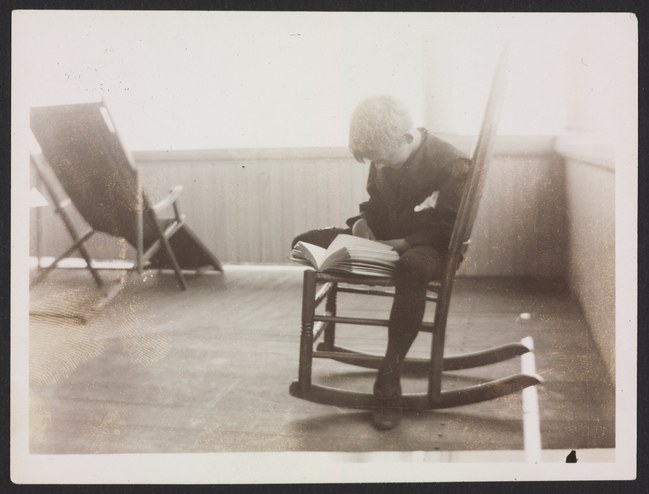 Click here to read The New Yorker article by Louis Menand on T.S. Eliot and the summer home he visited on Cape Ann as a child.

An article on the Edgemoor home by The Guardian

Read More about T.S. Eliot’s Summer Home Today in an article by The Boston Globe

In 1902, T.S. Eliot received Frank Chapman’s Handbook of Birds of Eastern North America from his mother, Charlotte, as a present for his 14th birthday. Eliot’s copy of the handbook is now in the Modern Archive of King’s College (Cambridge, UK).

O quick, quick, quick hear the song sparrow,
Swamp sparrow, fox-sparrow, vesper sparrow
At dawn and dusk. Follow the dance
Of goldenfinch at noon. Leave to chance
The Blackburnian wabler, the shy one. Hail
With shrill whistle the note of the quail, the bob-white
Dodging the bay-bush. Follow the feet
Of the walker, the water-thrush. Follow the flight
Of the dancing arrow, the purple martin. Greet
In silence the bullbat. All are delectable. Sweet sweet sweet
But resign this land at the end, resign it
To its true owner, the tough one, the sea gull.
The palaver is finished.